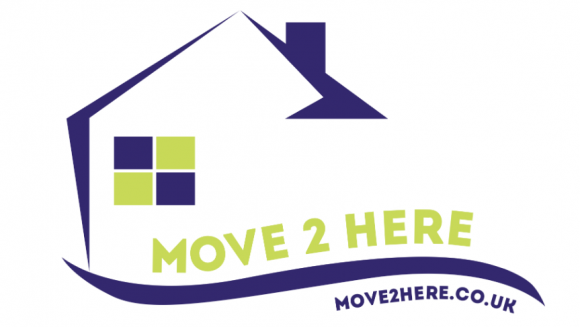 Don’t just take our word for it…our past clients have said it all for us!  If you are looking for a Personal, Excellent, Caring, Helpful, First Class, Professional, Over & Above Service - look no further! This is what they said…

We used Move2here to sell our house in Groesfaen. We met a few agents but decided Gwyn was the upfront and honest kind of person we were after. Our house flew off the market and sold straight away, which was great. What wasn't quite so great was the never ending complications that took almost eight months to get us to completion - and that's where Gwyn came into his own. Always there for questions or when we needed advice, and he knew that whenever he called me he had to start with the words 'it's nothing bad!' so I didn't immediately panic! He did more chasing than our solicitor and always kept us up to date. Moving house was a hideous process for us, but Gwyn made it less hideous and we're very grateful - as I sit typing this from our gorgeous new home! Thank you Gwyn!

Moving house at any time is stressful enough, but on your own, in a pandemic, is probably not to be recommended, but as I settle into my beautiful new home in West Wales, I realise that it wasn’t anywhere near as stressful as I thought, thanks to Gwyn and the concept of Move2Here.

Firstly, I went to one of the established agents in the area and soon realised that what they promise at the outset does not always materialise . I was really hesitant about using a small business such as Move2Here, but I can say it was the best thing I did.

We all know Estate Agents get a bad press, and Gwyn is quite up front that he is foremost a Salesman – however as I wanted him to sell my house that probably is not a bad thing. However they are much more than salesmen. Gwyn held my hand from the first visit to signing the contract. He researched the area in detail prior to viewing the house so that he could be informed about the advantages (and disadvantages) before he had any potential viewers. He managed my expectations whilst still negotiating a fair price (even though it had little effect on his commission) He advised on the selling points of the house and how to make the most of them. He was always available to speak to, always had a solution for any issue that arose – and mainly just kept calm whenever I panicked that something was going to go wrong.  He had good local contacts, which I was under no pressure to use, (and I can recommend the ones I that I did) and was keen to get feedback so that he can recommend again, or not.

I can confirm that small is beautiful! The image they are trying to build of being local and offering an all round service really was true in practice.  I really do not want to move again, but anyone thinking of selling their house will not go far wrong in using Move2Here

If you want a different, special Estate Agent use Move2here. Gwyn who I dealt with was exceptional, he could not do enough, in fact he went way beyond and above any other Estate Agent I've ever used. It was a very difficult time for me, I had recently lost my wife, the pandemic and lockdown, and I lived 70 miles away. Anything I asked for he was able to do, this is not your normal Estate Agent Move2here are something exceptional.  It would be wonderful to think that their style would become the norm. Well done Move2here. Many thanks Gwyn for all you did.

This is an Estate Agent with a difference!!! I would thoroughly recommend “Move 2 Here” to anyone selling a house in the area. Gwyn has gone out of his way on so many occasions to help and to keep us informed of all that has been happening. His advice has been invaluable over what has been a difficult time with Lockdown and our living 80 miles away from the house we were selling. We have had several hiccups along the way but Gwyn has kept us fully in the picture and has done far more than we could have hoped for in checking on the house regularly and enabling us to keep it in good order for the sale. He has been Professional throughout, Caring and considerate – nothing has been too much trouble.

Definitely the Estate Agent to use.

I’m very pleased with Move2Here’s service. Gwyn Jones the agent, has gone above and way beyond any other estate agent.

He has been there for me every step of the way with helpful advice and keeping me informed of every detail on the selling my property. I would thoroughly recommend Move2Here, a local agent with friendly advice and service, thank you Gwyn Jones!

Gwyn was very professional and accessible throughout the sale.  He gave positive advice on how to maximise marketing the property. I would strongly recommend both Gwyn and Berian for any person thinking of selling a property.  Thank you

We sold our house with Move2Here estate agents and the house we bought was marketed by them. We couldn’t fault Gwyn and Berian’s friendly approach. We sold quickly and Gwyn went above and beyond to help us through the stressful process of exchanging contracts and completing the move. I’d be happy to recommend them to others thinking of selling or renting their property.

I sold my house with Move2Here estate agents recently and they were amazing.  During his first visit Gwyn suggested some areas that would benefit from a bit of redecorating and updating to improve the value, which I was happy to undertake, and it all paid off at the end of the day because the house sold quickly and we got the full asking price.

Gwyn was well informed and very supportive throughout, every time we hit a snag because of the Covid epidemic, or some other event, Gwyn would turn up with helpful advice and we got it sorted.

Very pleased with the service and would recommend them without hesitation.

Recently sold our house using Move2Here. First class professional outfit. From the initial visit, to the morning of our move, nothing was too much trouble for Gwyn, who was our personal sales person. His attention to detail re presenting our home online and in the brochure to preparing it for viewings was first class. He did all the work, whilst we had 2 weekends away, as that is all it took him to secure a sale. Best move ever.

Gwyn is a brilliant sales person. He sold my house with ease, for a good price ! And he takes the best photos. Gwyn is a helpful person and enthusiastic about his job. He goes the extra mile and provided a five star service.

Very pleased, although there was a slight delay during covid, the sale still went ahead very smoothly having had regular updates from Gwyn. Thank you. Can highly recommend Move2Here

We have a rental property managed by Move2here. When our tenant handed in their notice they found a replacement to move in straight away! Great service guys.

Such an amazing service! Great support and a smooth move! Thank you for all your help!

Move2here made selling my house simple and stress free... Gwyn is a superb salesman and sells the village to prospective buyers as well as the property. Can’t recommend them enough, property was valued, listed, sold and completed within 8 weeks! Thanks again Gwyn.

Gwyn, firstly I can't thank you enough for all of the support, advice and amazing customer service you provided when I instructed you to take on the sale of my property. Nothing was too much trouble, you were really flexible with viewings and generally just made my life

and the sale so much easier.

One thing that I think makes you completely different from all of the other agents out there, and this is a good thing by the way, is your unique 'out of the box' service. You thought of things that I never thought of, and you could not have found a more perfect buyer. You are a very approachable, friendly, honest and trustworthy person. I established that very quickly with you and I knew immediately that anyone you recommended for the legal and surveying parts would carry the same traits.

No matter how many times I messaged, emailed or called asking so many different questions, you always answered and if you didn't know the answer, you would find someone who knew the answer.  Please don't ever change. The service you provide is bespoke and memorable. It's also exactly what I needed and if I ever get the opportunity to buy or sell again, I've got your number and wouldn't hesitate to use your service again. Thank you again,

A great partnership where you can guarantee timely follow up on any queries regarding your sale.  Both Berian and Gwyn maintain open communication channels between all parties, mortgage brokers, solicitors and purchasers to give regular updates to their clients which is very welcome.  With tangible enthusiasm, they aim to close the deal and maintain interest and communication until final completion day.

Availability is good, not being limited to a 9-5pm traditional office team, and we appreciated this aspect when compared with previous house moves.  This is a key USP in this day and age where information is accessible 24/7.

Move2here isn't like any other estate agent I've ever used. They really care about doing a great job, do everything possible to sell your house including advising you and helping you present it to best effect. They keep in contact regularly and for me, went outside of what I would normally expect, eg in helping out with finding solicitors and even helping with getting the house empty as we were actually away on completion day. I can't praise them enough - it was like having a very focused and driven friend selling your house for you!

We recently sold our house in Pentyrch with Move2here and would like to say a big thank you to Berian and Gwyn. We spoke to lots of estate agents before deciding who to use, Berian and Gwyn were pleasant, charming, professional, friendly and impressed us with their local knowledge. They were the only agents that gave us a personal service and we were glad we used them. They were very patient when designing our brochure, listening and acting on all our wishes. The service was discreet, personal, local and we were very pleased with the extremely fast successful sale. We would highly recommend Berian and Gwyn to anyone who wants a first class, local, service from a knowledgeable, professional and friendly pair of agents.

A big thank you to Gwyn and Berian for selling our property. Refreshing to have an estate agent that is attentive and proactive throughout the entire process.